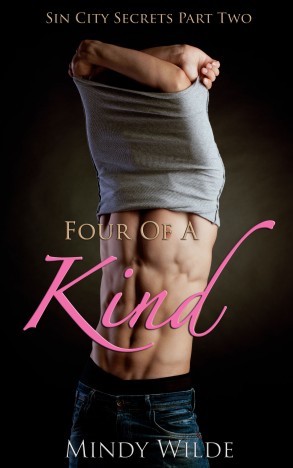 You can purchase this ebook from:

Kelly and her husband Rob fly to Las Vegas for a vacation with their good friends. After the first night ended up with the two couples swapping spouses it seemed like anything can happen in Vegas.  In volume two the couples explore new boundaries as they take their friendship to a whole new level.

Four of a Kind (Sin City Secrets Vol. 2) is the second story of the Sin City Secrets series. This sexy story is approximately 4000 words in length.  Bonus stories The Bet (Billionaire’s Bed Vol. 1) and Training (Billionaire Submission Part One) have also been included. (bonus content not yet available on audiobook)

***Obviously this title contains explicit sexual content and is meant for adventurous ADULT EYES ONLY!***

Titles in this series: